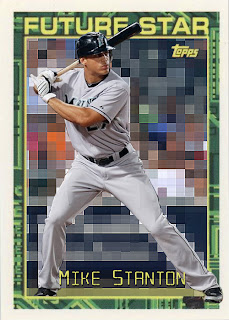 
After noticing it referenced in an off-hand mention in a Sam Miller tweet last night, I think I can mark this great fact down as once known, but long since forgotten:

From 1953 to 1962, the Baseball Writers Association of America awarded something called a Sophomore of the Year Award.

How great is that? Ten years, in both leagues. How is it that in all this Ron Santo Hall of Fame discussion, we never heard “1961 NL SOY” brought up as a point in his favor?

Frankly, now that I’ve thought of it, I’m surprised that neither the writers nor baseball itself has made any attempt to bring it back. The above-linked page says it was “discontinued…due to lack of interest,” but they’ve got tons of awards these days (I provide a helpful hierarchy here), and lack of interest certainly doesn’t seem to be any kind of deterrent anymore, so why not?

I don’t know what the rules were for this award, but I assume anyone who was eligible for the ROY the year before qualifies for SOY. Below are my picks for the 2011 version of the award, followed by some natural offshoots:

NL: Mike Stanton, Marlins
This one’s an easy choice. Jhoulys Chacin looks pretty good if you go by rWAR (4.3/2.5), but nobody matches Stanton’s 5.7/4.5. Or his 34 jaw-dropping HR, or his surprisingly adequate-or-better defense in the outfield, or…I’ll save most of the praise until he wins his first real award, I guess. Which he will.

Junior of the Year
AL: Matt Wieters, Orioles
Everybody expected Wieters to be #1 in his class from day one of freshman year, but he finally caught up this year. 4.0/4.3, and the good work being done at places like Beyond the Boxscore suggest that those numbers aren’t giving him nearly as much credit for his excellent defense as he deserves, so he could be a win or more better than those numbers suggest. Ricky Romero is a strong candidate, but Fangraphs’ numbers suggest he’s been pretty lucky.

NL: Andrew McCutchen, Pirates
Like the Pirates as a whole, McCutchen slowed down drastically after a great start (.216/.330/.392 in the second half), but still had a very solid year overall with a 5.5/5.7, helped along by the defensive metrics finally recognizing his visually apparent prowess (reportedly because of some smarter team positioning). No other third-year in the NL is close.

Senior of the Year
AL: Evan Longoria, Rays
6.3/6.1. I’m not crazy or bored enough to actually confirm this, but I’m sure Longoria has been the Fr/So/Jr/Sr of the Year of the 2008 class every year, and I suspect he will be for some time.

NL: Clayton Kershaw, Dodgers
You might figure he runs away with this, what with the “pitching triple crown” and everything, but just as with the Cy Young Award, it’s a lot closer than that. Kershaw comes in at 6.9/6.8, while the great comeback by Pablo Sandoval comes in at 6.1/5.5. If Panda gets into 150 games rather than just 117, he’s probably the winner.

I’m very tempted to keep going — MBA of the Year, Master of Science of the year, Juris Doctor of the year, etc. — but this seems like a pretty obvious place to stop (and the only such place). Instead, I’ll give out the following retroactive Sophomore of the Year awards for the preceding decade, hastily assembled and heavily WAR-based (asterisks mark the honorees who also won the prior year’s Rookie of the Year Award):

Odd: the first half of the list is mostly burnouts or disappointments, the second half mostly superstars. I can’t believe Oswalt beats out Pujols in 2002, but at least by both rWAR and fWAR, he does; it was hard out there for a pitcher in the early aughts.
And I’ll leave you with this: David freaking Eckstein?