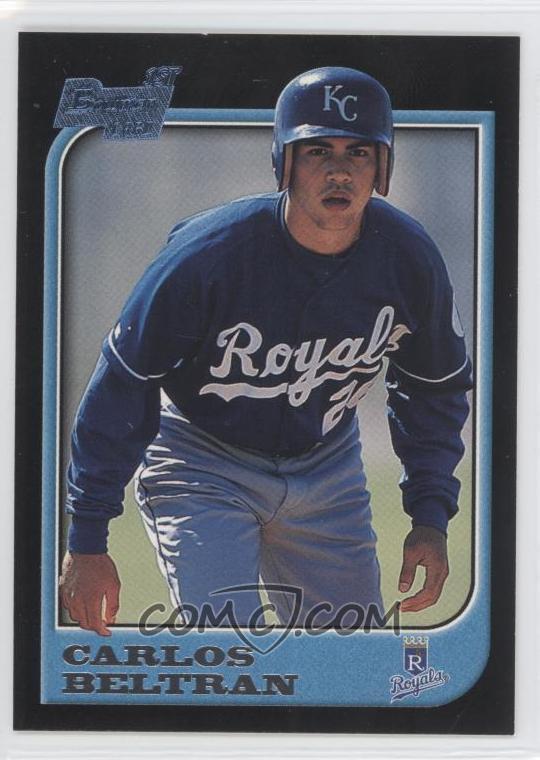 
So Carlos Beltran was in the news a bit yesterday (that is, at least, the drummed-up nothing that real-news-starved writers try to pass for news during this part of the year, when actual news doesn’t happen), when he, technically, faced off against his longest-tenured former team for the first time since his trade from the Mets last July. Beltran had some light-hearted comments about former teammate Jon Niese’s nose job and some classy, polite and low-key things to say about the Mets. (He was 1-for-4 with a run scored in the “game.”)

I’m a bit surprised, but I haven’t been able to find any Mets fans or media who have found a way to twist this into something negative about Beltran, yet. Maybe everything is forgotten once he’s not on the team anymore? I don’t want to try to judge the Mets fanbase as a whole, but the talk radio crowd and media were hugely critical of Beltran during the course of his contract with the team, painting him as lazy, selfish, all the usual stuff. The great Ted Berg has done a great job of counteracting all that.

But anyway, I didn’t see any of that today in response to Beltran’s comments. Though there was this, on Twitter, from the also-excellent Mark Healey:

I assume Mark’s point was to explain the difference between how the two men were treated in New York, and not actually to compare them as players. Because the real difference is that Beltran has had just a much, much better career than Maris. And that tweet does get to exactly why people don’t seem to get that; Beltran has had two years roughly as great as Maris’ two MVP years (and a ton more good-to-very-good years), but just didn’t happen to get the hardware. And he’s done just as much to help his teams win as Maris did (considerably more, for most years of their respective careers), but hasn’t had the team around and behind him to turn that into a championship.

You probably know that, and you probably don’t need me to explain to you that Beltran was better than Maris, or that his peerless baserunning and brilliant defense (to go along with his excellent bat) are what have made him such a great, and underappreciated, player. That’s, like, so 2009. Instead, here are some facts about Beltran that I hope make you think about him in a way you haven’t, quite, before:

So you could say Beltran is the greatest percentage base stealer of all time, and he’s also averaged a homer about every 25 plate appearances, and won three Gold Gloves while likely deserving several more. Other than hitting for average and, I guess, pitching, Beltran has done it all. I’m not going to argue that he belongs in the Hall of Fame (I suspect I’ll probably be in favor with one or two more good seasons), but he’s just a great, great player. He hasn’t won any MVPs (though he justifiably could have done in 2003 and 2006), and he hasn’t won any World Series (though he almost single-handedly got a team very close in 2004). All he’s done has been great, in virtually all aspects of the game, for the majority of the last fourteen seasons.

And he’s been hurt a bit too, of course. But you knew that, and he’s this great anyway!