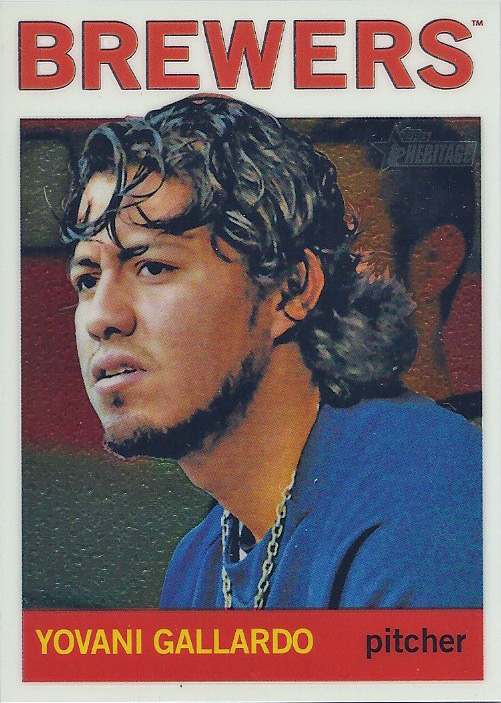 I may have been operating for a while on a rather foolish assumption.

See, whenever a player has been caught driving while intoxicated — like yesterday, after Yovani Gallardo was picked up with an almost impossible to believe .22 blood-alcohol level — and the blogosphere/twitterati have piped up with their outrage over the deep moral inconsistency in baseball, I've joined in.

Drug use (both the "PE" and recreational varieties), which may or may not affect a player's performance on the field but is ultimately more or less harmless in real life, is punished severely and condemned harshly, while driving a vehicle while intoxicated, which does not directly impact play on the field but does seriously endanger real people's lives (as baseball was reminded, still pretty recently), generally earns one little mild verbal admonishment and nothing else.

Baseball's attitude (or lack thereof) toward DUIs is silly, and kind of embarrassing. So we whine a bit. Some of the whines take a form like: where's his suspension? Can we suspend DUI Guy for 50 games too? And so on.

But a thought occurred to me today for the first time: you guys don't actually mean that, do you?

I mean, I've always seen the purpose of this line of attack as twofold: to draw attention to (1) how awful and wrong it is for anybody, be it you or me or a professional baseball player, to get behind the wheel of a car while impaired; and (2) the absurdity of the level of moral judgment that is placed on a player who has used some substance or other, while other, more culpable activity goes totally ignored.

But that's it, though. And I mean, it's probably more about (2) than (1). As horrible as DUIs are — and they're really, really bad, don't do that, ever — the point to me was something more like: this is going on and is so much worse and you don't even care, so maybe get off your damn high horse and stop being so completely insufferable about the moral issues surrounding and the messages to our children sent by PEDs.

That was my thinking. It occurs to me today that some people may really want to see MLB do something about DUIs. And I'd sure like to see them take a stronger stance on it — PSAs, campaigns, donations, more strongly-worded (but non-player-specific) condemnations and the like. But you can't suspend a player for doing it.

I mean you literally can't — it's prohibited by the Collective Bargaining Agreement or rather, under the current CBA, a team or the league would have to negotiate with the union for the right to do so (thanks to Mike Ferrin and Colin Wyers and a third party who wishes to remain anonymous for pointing out that I really needed to clarify what I meant by that). And more to the point, I'm not at all convinced you should. An employer has a right to be concerned about how its employees make it look in the community at large, but those employees have a competing right to have their employers stay the hell out of their personal lives, too. The judicial system exists to catch and punish things like DUIs; by and large, I don't think it's baseball's responsibility to pile punishments on top of that (and you might think the judicial system isn't harsh enough, particularly on professional athletes, but that's not a problem that it's baseball's job to fix). I just don't think a sport can go around meting out punishments for things that happen outside the sport.

But I think there are two things that means. First, it means baseball should probably stop caring about the use of substances that, legal or no, don't actually artificially improve a player's performance on the field (and no, this time I'm not talking about HGH). There's just no serious argument that a guy smoking pot (or even using harder drugs recreationally) at home is more morally objectionable than drunk driving; yet, the only reason for baseball to punish that behavior beyond what the law might do is to send a message that it's morally wrong and baseball does not approve. That's an untenably inconsistent position. Either get all haughty and ban-happy about all the morally-questionable-or-worse things players do, or none of them. (Obviosly I'd strongly prefer the latter, but I'm just a big fan of consistency, too.)

Second…and this is the important bit, the reason I've always assumed we've been on about it. Take baseball's action or inaction out of it. If you're one of those who immediately and permanently judges any player who has used PEDs, or a voter who thinks the "general character, disposition, loyalty and effort" clause in the MVP guidelines or the "character clause" in the Hall of Fame voting guidelines ought to really mean something, you absolutely have to apply the same scrutiny (or more) to a player who's gotten a DUI. In my opinion, there's not much that will say more about a person's character than a willingness to get behind the wheel after he's had enough to drink that it impairs his senses. If you think PED use artificially enhanced a player's stats, I guess you're free to do what you can with that; if you think it makes him a bad guy or a bad example and unworthy of recognition or accolades or what-have-you, you've got a ton more than just that to think about.

You can't suspend anybody for a DUI. You can do a whole lot more than baseball is doing to try to prevent them, and you can criticize or even shame the players who get them, and you can hope that law enforcement does its job with them regardless of the player's fame or importance, and you can use them to form opinions a player's character (if you're into making those kinds of judgments in the first place). The point, to me, has never been that baseball should add to whatever legal penalties a player driving drunk will have to deal with; it's just a consistency thing. If we care about, well, anything else that touches on morality or character, we absolutely have to care about drunk driving, too, just as much or more. It's not specifically a baseball problem, but it's a big problem, and baseball and everyone who covers it needs to do better by it than this.