Punch a baby? Major League Baseball can probably do that. Dump raw sewage in a pristine wetland? Why not? Take over the meth trade in New Mexico? I'm not sure why it would want to, given how profitable it is right now, but yeah, Bud Selig and his heir-apparent Rob Manfred would do that. MLB […] 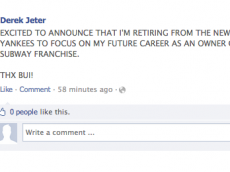 Yesterday, Derek Jeter announced his retirement from baseball at the end of 2014 through a heartfelt Facebook post. But that post, in which he thanks the fans of New York and discusses his career, was actually the result of a lot of trial and error.  Here were his earlier attempts:    So, uhh, I guess […] 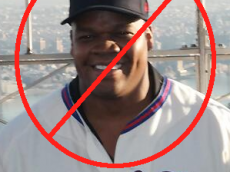